Kenny G has released an incredible 23 chart-topping albums, sold over 75 million copies, sold out The Grand in 2018, and is returning to The Grand on Thursday, October 17th, but now he’s also the star of his own board game.

“Kenny G: Keepin’ It Saxy” is based on the daily trials in the life of the world-renowned saxophone superstar. Up to five players ages 12 and up must work together and, of course, use the power of smooth jazz to keep Kenny G “in the groove.” 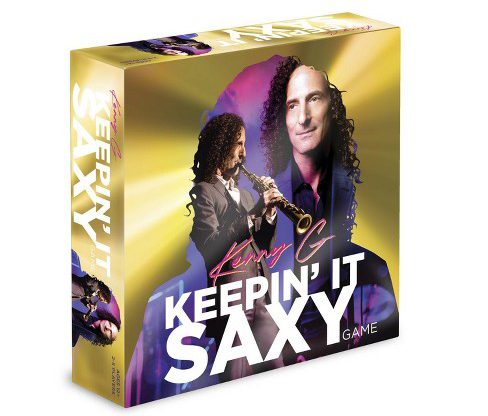 The “Kenny G: Keepin’ it Saxy” board game is available in Target stores nationwide.

During each round, players collect, trade, and match sound cards to move a Kenny G game piece through his day from morning to evening. Players work as a team to overcome a series of setbacks faced by the musician, such as a lost wallet, a saxophone that needs repair, a traffic jam, and even running out of hair product.

As players work together to successfully put on concerts, they must also maintain their stash of Groove Tokens. Whoever finishes the last round with the most tokens on the board wins. Players are also encouraged to scat out the riffs on the cards – like “Biddle Scoodily Bop!” – when they make a move! 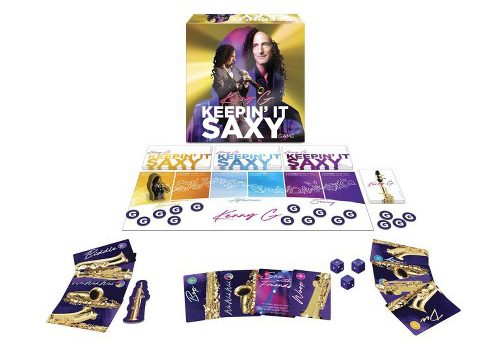 Kenny G himself said that he never could have imagined that his life would be turned into a board game.

“‘Keepin’ it Saxy’ is a great combination of what I celebrate in life: Music, laughter, and spending time with friends and family,” he said.

Kenny G returns to The Grand on Thursday, October 17th. In the meantime, make sure to put on your favorite Kenny G album, sit back, relax, and enjoy “Keepin’ it Saxy” with friends and family.

“Kenny G: Keepin’ it Saxy” is available in Target stores across the country and at Target.com.