From their BILLIONS of views and followers online to selling out venues across the globe, Postmodern Jukebox is one of the biggest names in music today. Since the group’s creation in 2011 by pianist and arranger Scott Bradlee, Postmodern Jukebox has collaborated with dozens of talented musicians including, Casey Abrams (American Idol Season 10), Noah Guthrie (Glee), Haley Reinhart (American Idol Season 10), and Puddles Pity Party. 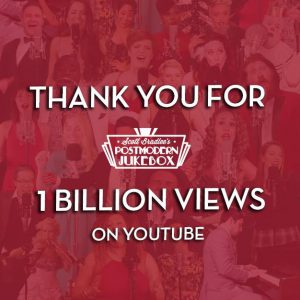