Give the Gift of the Magic of Theater This Holiday Season!

It’s time to trade in those jack-o-lanterns for evergreen wreaths, because it is officially the Holiday Season! As you start your holiday shopping this weekend, don’t forget to give a loved one the magic of live theater this season; The Grand has something for everyone on your list! 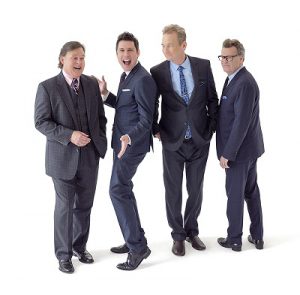 For the family jokester– Whose Live Anyway?

Whether they are full-blown comedy buffs or just fans of groan-worthy dad jokes, this show is enough to make anyone giggle. The current cast members of the Emmy-nominated TV show Whose Line Is It Anyway? are proud to present 90 minutes of hilarious improve comedy. Ryan Stiles, Greg Proops, Jeff B. Davis, and Joel Murray will have you cracking up with the inventive scenes they create before your eyes.

Songs like “California Dreamin’,” “For What It’s Worth,” “Take It Easy,” and “Fire and Rain” can bring back so many memories, making this multi-media journey through American folk-rock music the perfect holiday gift. Live From Laurel Canyon celebrates the music of Crosby, Stills, Nash & Young, The Doors, James Taylor, Joni Mitchell, Carole King, Jackson Browne, the Eagles, and many more. 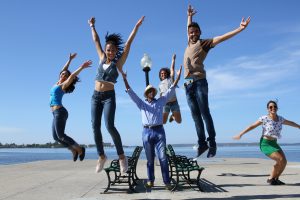 If you’re looking for the perfect gift for your loved one with wanderlust, look no further. The Havana Cuba All-Stars’ brand new show Asere! A Fiesta Cubana has the classic latin melodies and syncopated rhythms that will transport audiences right to Havana. From the cha-cha to the rumba, the talented musicians and dancers of the Havana Cuba All-Stars will highlight a wide variety of Cuban beats.

For the person who knows all the words to “Have You Ever Seen the Rain?” by heart – Classic Albums Live: Creedence Clearwater Revival’s Chronicle, Vol. 1
After a sold-out show last season, Classic Albums Live is back to present yet another of the greatest albums of all time, Creedence Clearwater Revival’s Chronicle, Vol. 1. If you know someone who loves “Fortunate Son,” “Travelin’ Band,” “Have You Ever Seen the Rain?” and “Proud Mary,” don’t miss the chance to give them a gift they’ll love: a chance to see these fantastic musicians perform an unforgettable album live on The Grand’s stage! 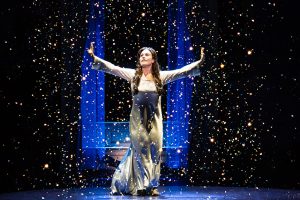 Audiences of all ages, from young ones to the young-at-heart, will love this classic story of The Boy Who Wouldn’t Grow Up. This Broadway musical based on the Academy Award nominated film of the same name tells the incredible story behind one of the world’s most beloved characters: Peter Pan.

For fans of Saturday Night Live or Chicago’s famed Second City, Jim Belushi is a household name. His return to Wausau will feature the top-notch members of the Board of Comedy, and together they’ll put on an interactive show that looks to the audience for suggestions for each scene. Who knows, maybe your favorite comedy fan will even be invited to be part of the show! 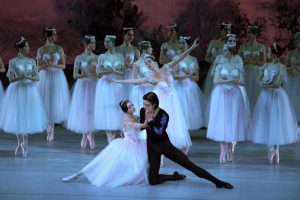 For the person who celebrates the holiday season at The Nutcracker every year – Russian National Ballet: Giselle

For fans of the Fab Four, there is no better way to spend an evening that with the uncanny performers of RAIN. In celebration of the anniversary of the release of Abbey Road, RAIN will bring the greatest hits of this album (and others) to life with a note-for-note theatrical event that is the next best thing to seeing the Beatles live.

For the ‘80s rock superfan – Rock Of Ages 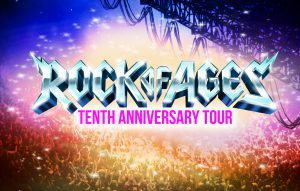 If you know someone whose high school yearbook picture features more hairspray than hair, you’ll probably want to grab them tickets to Rock Of Ages. Featuring the music of groups like Styx, Poison, Twisted Sister, and Whitesnake, among many others, this Tenth Anniversary production features a dynamic new cast revisiting the larger-than-life characters and exhilarating story that turned Rock Of Ages into Broadway’s Best Party.

For those with discerning musical taste, you can’t go wrong with tickets to see Branford Marsalis, one of the last living jazz legends. In addition to leading one of today’s most influential jazz ensembles, the legendary saxophonist has played with all the giants of the jazz world; Miles Davis, Dizzy Gillespie, Kurt Elling, and countless others. He’s toured with Sting, collaborated with the Grateful Dead and Bruce Hornsby, and even served as Musical Director of The Tonight Show with Jay Leno. The true music-lover on your list will love a chance to see this incredible performer live on the stage of The Grand Theater.

Can’t decide? Too many to choose from? Don’t forget that Gift Certificates are also available in any amount and are good for three years!

Tickets to all of these shows and many more are available at The Grand’s Ticket Office in downtown Wausau, by phone at 715-842-0988 or online at www.grandtheater.org. Good luck with your shopping, and Happy Holidays from The Grand Theater!